I’m still trying to get my mind around the changes that are happening in computer hardware. One of the major impacts of the One Laptop Per Child project is that it has focused attention on inexpensive, no-frills hardware. Through December 31, you can still take advantage of the buy-one, give-one promotion. For $400, you get an XO laptop to keep, and a child in a third world country gets one too. 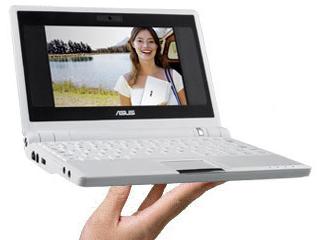 But let’s say you want to give a bunch of laptops to a school. If you’re giving 1,000 of them, you can do so for $249 each. Plus, you get to pick the school where they’re going to go. There aren’t any stated restrictions about where the school has to be. While the details of the program might stipulate that the school can’t be in the United States, it’s not ruled out by the preliminary information on the web site.

Another option is the Asus EeePC. The low end models run for $299 in the US, but I’d bet that price would come down if you were buying a thousand at a time. Meanwhile, Intel’s ClassMate is in the same price range. And with the Sinomaniac and Longmeng projects taking shape in China, you can bet that competition is going to grow, making the machines more powerful and driving the prices down.

So what do all of these machines do? In general, they’re laptops — small laptops. They have 7″ screens, relatively slow processors, and flash memory instead of hard drives. Most of them use Linux as the operating system instead of Windows. This keeps the system requirements down while virtually eliminating software license costs. The computers can access the web, do email, and use productivity software (word processor, spreadsheet, presentation package, etc). They also typically have bundled “educational” software, which likely varies widely in quality.

What don’t they do? I would expect that they would have problems with multimedia. Certainly audio and video editing would be a problem. They’re not going to run proprietary Windows software, so there won’t be as many software options. Support for peripherals will likely be limited. And they’re certainly not as speedy as the latest offerings from the big computer makers. Are these dealbreakers?

Economically, it may be possible to do a 1:1 program with these devices. Right now, our students are spending $120 for a graphing calculator. There’s no reason why that device couldn’t be emulated, and that would make up half of the cost right there. If we could substantially reduce the number of desktop computers available in the schools for student use, we could save $20 per student per year. Assuming they keep the laptops for several years, that would make up part of the difference. Then, if we leverage some of the benefits of a 1:1 program by using more online resources and fewer print resources (we spend a LOT of money on textbooks), it suddenly puts these things within reach.

Would this really fly? I don’t know. We already face a lot of criticism for having outdated technology (Why aren’t you running Vista? What do you mean we can’t use PowerPoint 2007?) Running Linux would make these problems a lot worse. Much of the software we currently use wouldn’t work. And supporting that many computers — both from a hardware perspective and a network one — would be a daunting task. But a project like this is a lot more feasible than it was a year ago.